Nutrition: Good eating habits/cooking with easily available and affordable ingredients is taught to our beneficiaries. Children are provided milk and biscuits at the Parinaam tuition centers. Deworming, which is one of the main causes of malnutrition, for our participant families and their communities. 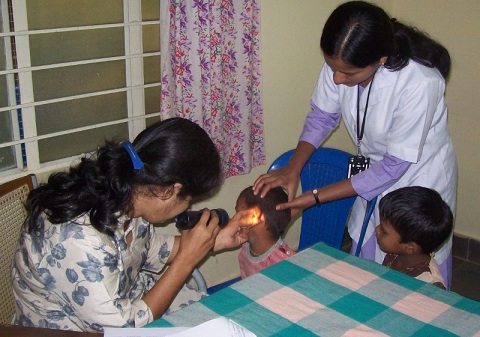 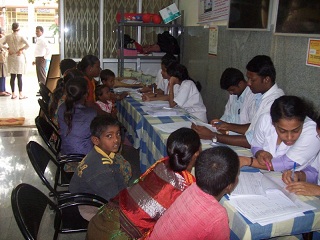 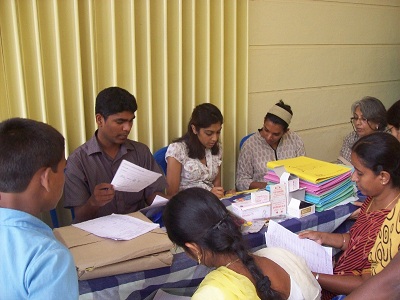 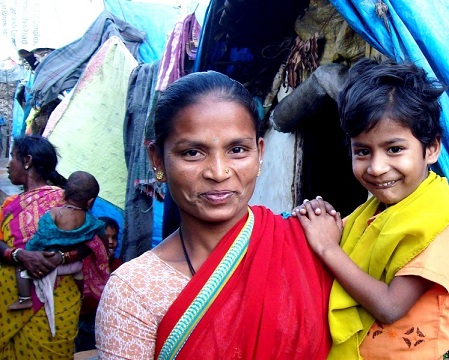 Indra is the 7 year old daughter of our beneficiary, Lakshmi. Lakshmi, started housemaid work after joining Parinaam's Urban Ultra Poor Program and earns Rs.1000 per month. Indra's father is a carpenter and earns approximately Rs.4000 to 5000 per month. She has two younger brothers and a sister.

Indra has been suffering from breathing to problems since she was 1 year old. Lakshmi took her to several hospitals and they told her that Indra would require an open heart surgery. However, they either refused her or quoted a very high price. Lakshmi came to us for help and through Parinaam's network we helped her apply to avail free government facility under the Survarna Arogya Chaithanya Program and conduct a surgery in Sagar Hospital free of cost except for the minimum food and bed charges of Rs. 600. 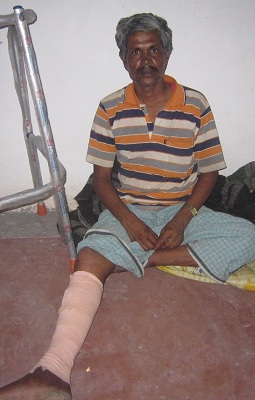 In November 2011, Bhupathi, one our 'graduated' beneficiary's husband, while waiting for a bus,was hit by a speeding motorcycle and broke his leg. He was returning after meeting his children in a school hostel in Tamil Nadu.

Onlookers called for an ambulance and managed to get him admitted to a top government hospital in Bangalore. Since the men's orthopaedic ward was full, Bhupathi was given a mattress in a corridor next to a heap of garbage. The medical investigation diagnosed that he had broken both the bones on the right leg and recommended immediate surgery.

However, due to holidays, the surgery was delayed for 15 days. Bhupathi's wife informed Parinaam staff about the accident and the denial of quick and quality healthcare. An official complaint was filed with the State Human Rights Commission but Parinaam was unable to get an immediate surgery for him.

Parinaam enquired with other network hospitals about the desperately needed surgery. Rajarajeshwari Medical College and Hospital agreed to provide its services, waiving all fees such as bed charges, investigation charges and consultation charges, asking the patient to only pay for the implant and medicines.

While Bhupathi's family and relatives collected the funds to buy medicines, Parinaam managed to procure a superior quality, branded interlocking nail required for the leg surgery, at 40% discount directly from the dealer. The surgery was completed successfully and the doctors later informed us that had he waited any longer he would have lost his leg. He is now back at home and has started work to provide for his family.